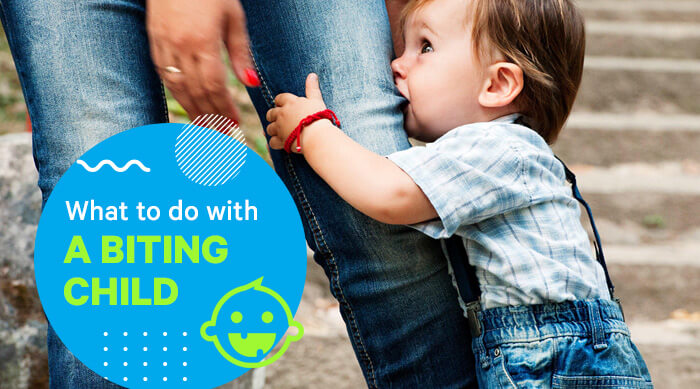 What to do With a Biting Child

Seeing a child biting another can be very distressing.

It is not exactly common but it’s far from unknown and does not, in itself, signify behavioural problems.

Why do children bite?

Broadly speaking, children bite others for one of three reasons:

Each of these has its own implications and required responses.

This is virtually never cause for serious concern.

Very young children don’t always clearly differentiate between a soft toy and Mum’s finger and might try out their embryonic gnashers on that or a sibling’s arm etc.

Just a gentle and good-natured “no-no” here is all that’s required. Your child will learn quickly. Apart from anything else, they’re unlikely to be able to do much harm!

A bit of generally good-natured physical play can quickly escalate.

For example, a child unintentionally trapped under another might instinctively try to scratch or bite to escape. This is usually seen at ages under 3-4 though it can also happen at much older ages too.

These are very basic animal instincts and younger children may not have fully learned to control them. It’s rarely if ever serious or an indication of a problem.

While you can be fairly relaxed about these incidents, it’s best not to ignore them. By this age and with this type of incident, the child is old enough to have it gently explained to them that such behaviour is unacceptable in play.

These instances need to be looked at a little more closely.

There is a world of difference between a child of say 4 who instinctively bites another in a fight and one that goes out of their way to launch a biting attack on another child.

In these cases, it’s often possible to see a degree of premeditation and an intention to hurt. Often accompanied by temper tantrums or expressions of rage and frustration, this can be very frightening for both parents and the victim.

Experts actually differ on how to handle these situations. What follows is our opinion based upon lengthy experience:

Normally the ‘biting phase’ discussed in the point above is very short lived. It might only be a tendency seen over a few weeks.

If your child does seem to be subject to regular uncontrollable temper tantrums or is consistently biting others intentionally over a longer period of time, it may be that professional advice is required.

Tips for Disciplining Your Toddler