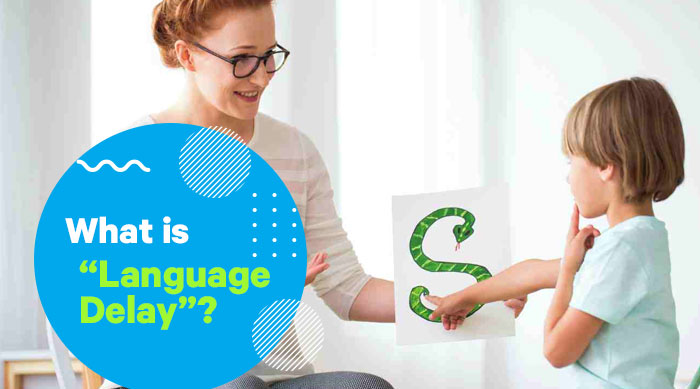 What is “Language Delay”?

As we regularly stress in our articles, children don’t conform to anybody’s timetable when it comes to development!

Most children blossom at their own pace and that can mean some develop skills at a faster or slower rate than others.

However, in terms of health and development checks, professionals tend to try and measure aspects of a child’s development in line with averages for their age. One such measure is their development of language and if they appear to be a little behind the curve of averages, a doctor might advise a check for what’s called “language delay”.

What is “language delay”?

This is not a condition. It simply refers to a child where language skills do not appear to be developing at a rate seen in many other children.

In reality, the term might cover one or more of the following where a child is:

All of these symptoms would need to be based upon general averages for the child’s age.

Language delays perhaps most commonly mean nothing. It is simply that the child’s language skills are developing a little more slowly than average.

For example, it has been noted that very young children raised in bilingual households may be quieter and have an apparently slightly reduced early vocabulary in the early stages of language development. Typically, that means nothing and as the child ages things return to within normal ranges.

However, in some cases, language delays might be indicative of one of several underlying conditions including:

Generally speaking, you may wish to seek medical opinion if:

If your child manifests these symptoms, don’t panic. They mean nothing in themselves but a quick doctor’s check would be sensible.

In almost all cases, even where intervention is required, there will be therapies to help.