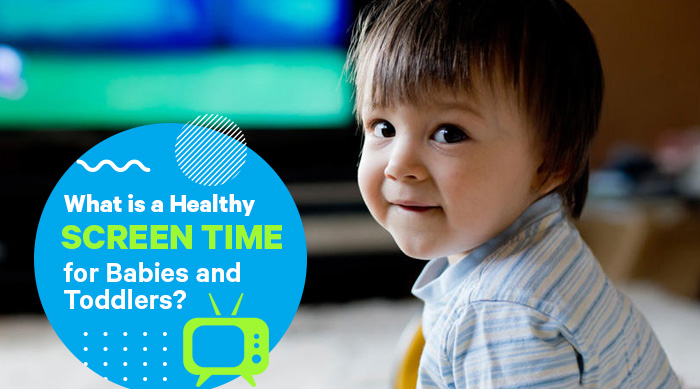 What is a Healthy Screen time for Babies and Toddlers?

Little is likely to get people angrier when debating how much time their children should be allowed to spend on a screen.

There are those who would argue that screens are inherently bad for a younger child’s development and others who say that they have no effect whatsoever.

To make matters worse, there is surprisingly little hard science to back up many of the differing views. Studies have been done but they’re often inconclusive or subsequently contradicted by other studies.

So, parents will need to use a lot of common sense here. We’ll offer our opinions that we hope will help.

What is early childhood about?

Most experts, childcare providers and parents, would be in total agreement that up to say 4 years, the most important thing for children is to experience as much diversity in their lives as possible. That helps them to experiment and:

Do screens have a role to play in the above?

Yes, though in our view, only in peripheral areas.

To explain, there may be nothing wrong with a 2-year old speaking and smiling at their grandparents over a video call on their birthday. Likewise, friends who want to talk to each other or see the other’s toys because their parents don’t have time to take them to meet up, should be fine.

Allowing a child of 3 to use a computer for a short time to play a reading and naming game might be beneficial.

However, it is very difficult to see how screen time can assist in those development areas above other than peripherally. Looking at flowers on a screen is one thing – going to a garden centre and touching/smelling them is a totally different and immersive experience and one that cannot currently be replicated on a screen.

To take another example, children learn vast amounts about the world, others and themselves, by engaging in face-to-face physical play and other activities.

Yes, that can mean at times some pushing and shoving plus the odd squabble but it is an essential learning experience for normal healthy social interactive development.

A child cannot learn how to fully control their bodies from a chair in front of a screen. For that, they need to run, climb, jump and yes occasionally have a tumble in play.

Not doing and negative doing

Above we’ve given a few examples of where technology can be helpful for toddlers and some where it can’t help much.

There is though another dimension associated with screen time – how it can be harmful.

That comes about because of one of the biggest single problems with screens and early childhood development – it may encourage tendencies towards isolation and introspection at far to early an age.

To take a few examples – on a screen say playing a game:

The list could be extended considerably. The key point though is that some forms of technology may, in some cases, encourage young children to see the world in a dangerously unrealistic fashion and inhibit aspects of their wider development.

Is it all bad news?

Don’t get too paranoid though!

There is a very productive role for screen time in younger children’s lives. You cannot, for example, discuss parents and children sitting down together and watching a cartoon in the same fashion as you would a 3-year old sitting alone playing games on a computer.

They are totally different experiences.

There most certainly is a role for technology in education, including computers, in some areas of social development – used sparingly and under expert advice that is.

So, to summarise, we’d typically advise:

5-10 years – you may increase the amount of time they’re allowed to play as opposed to study on the screen but keep control of it. Don’t let your child become obsessed with games and PCs and remember to keep those internet access controls tight. In most cases, younger children should have no need for a phone. For those that are slightly older and would benefit, keep the model and its functionality limited.