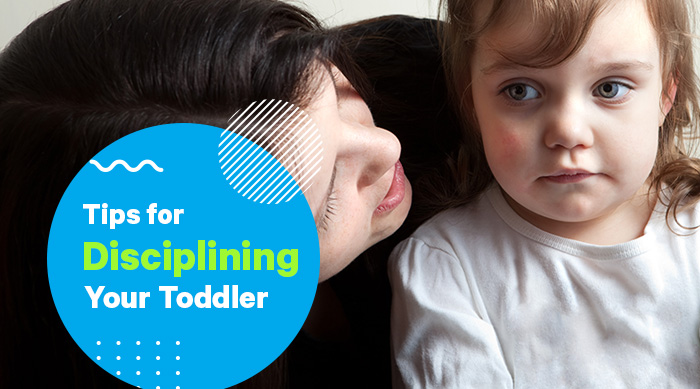 Tips for Disciplining Your Toddler

All children need to be taught that some behaviours are unacceptable.

Responsible parents will take great pains to explain the ‘what’ and ‘why’ well in advance but there is a sometimes-painful truth that needs to be faced. That is that for many, if not all children, such explanations alone may be insufficient to prevent intentional transgressions from time to time.

Sooner or later the question of discipline, in the sense of consequences, will need to be faced.

This isn’t harsh. It is about the reality of children learning that if they transgress, there may be sanctions. This is about preparation for later life, school and indeed society.

So, when consequences are required, what options should you consider?

The following may help with ideas but a cardinal rule – do not demonstrate anger. You can’t lead by example if you get angry with your toddlers whilst at the same time telling them that anger is a bad thing!

Keep in mind too that your actions need to be commensurate with your child’s age. The steps you might take with a 2-year old might be very different to those you’d consider with a 4-year old.

Finally, stay calm at all times and explain the reasons for your actions.

1. Show your own sadness at their action verbally. Most children look for constant parental approval and simply expressing your concern can be very effective.

2. Explain the effects of their bad behaviour on other people or things. For example, if they have hit a sibling, talk to both children and get the victim to explain how they felt. If they have deliberately broken something, show them the broken item and explain how sad it is that it is no longer usable etc.

3. Consider a “naughty” designation location. Many schools for younger children have some variation on the “naughty step” idea, where children are asked to stay for a period if they have significantly misbehaved. This isn’t always practical or desirable for younger toddlers and not everyone agrees that it’s a good idea but it may be useful with older toddlers;

4. Remove a privilege. This is something you’ll need to prepare for in advance by making sure your toddler understands the difference between things that are normal and a ‘right’ (e.g. getting their dinner) and privileges such as being allowed to stay up a little later one evening to watch a cartoon they like. That can be described as a reward for “good boys/girls”.

It follows that you can’t just suddenly introduce the removal of privileges as a knee-jerk reaction if they’ve been naughty. However, if the concept exists, you can explain that the privilege will be withdrawn the next time it is due as a consequence of what they have done.

5. Encourage them to apologise. Even younger toddlers recognise that this means they have behaved badly.

As a final tip, make sure you don’t move to consequences in situations where your toddler couldn’t possibly have known in advance that what they were doing was wrong!

Most toddlers of a slightly older age are very capable of understanding the concept of what they should not be doing. If they transgress and they knew in advance that this was ‘naughty’, then consequences such as those above may be appropriate.

However, younger toddlers may struggle to understand the subtleties there and if they don’t know then thinking about consequences would be inappropriate. In such cases, you simply need to explain and ask them to be sure they do not do the thing again.

Much of the judgement call here is about knowing your child, what they understand and have been taught and just how truly culpable they were for their transgression. It can be a difficult call!