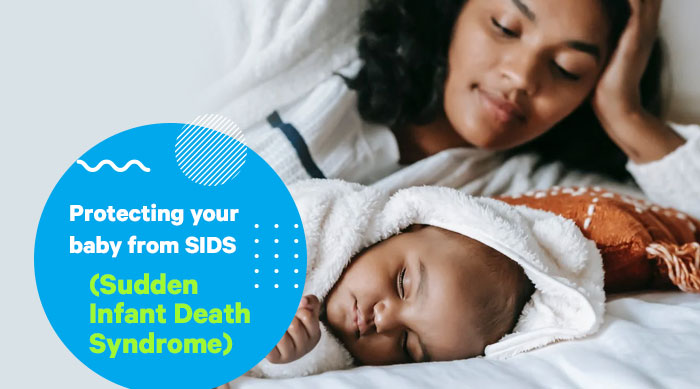 In what follows, we’ll be talking about the distressing and worrying subject of SIDS.

Do please remember, we are not offering qualified medical advice. If you’d like to know more detail about your own child, you should consult your doctor or a paediatrician.

It is a term used to describe an infant’s death which cannot be explained by a conventional autopsy or medicine. Affected infants may have had no obvious underlying health conditions.

In reality, the term describes deaths which might be attributable to any one of a number of causes.

Although the exact causes of SIDS were impossible to explain in most cases, paediatricians noticed that statistically, infants sleeping on their tummies were far more likely to suffer SIDS than those sleeping on their backs.

This led to a major global campaign to encourage parents to put their infants down to sleep on their backs, not tummies.

The results were spectacular. Within a very short time, the instances of SIDS were reduced in many countries by between 40-60%.

Why does tummy versus back make such a difference?

The fact is that this is just not clear.

There is some evidence that babies find it easier to breathe on their backs, their body temperature regulation may work better and so on.

Many health care professionals have since examined the statistics again and are now making further recommendations to reduce SIDS events:

It’s perfectly normal for parents to be constantly worried about their baby. It’s a built-in reaction to help the survival of the species.

Even so, some of the above steps should help reduce the chances of SIDS in many situations. Don’t forget to ask your doctor for more specific advice as there may be minor differences of opinion on certain specific points.