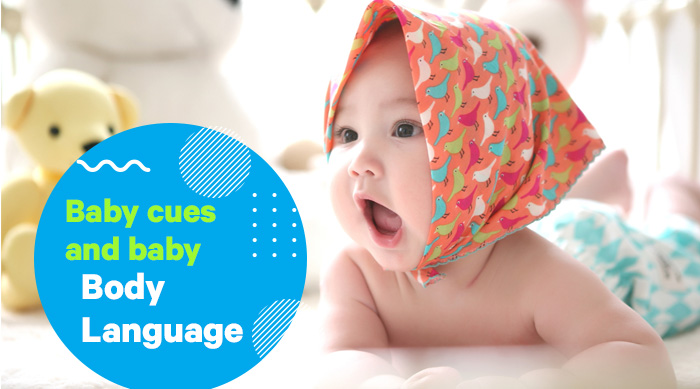 Babies can’t communicate verbally past the odd gurgle or “coo”. Instead, they rely heavily on non-verbal signals to engage with those around them.

When your baby is tired

Sometimes these symptoms are pretty obvious but at other times, rather less so.

Some babies will become even more inclined to moan when you put them down for a nap but that’s likely to only last a minute or two, then they’ll be off.

Your baby is demanding to be fed!

The clues here are usually pretty clear too!

It’s worth matching these signs up to the typical indications for infant feeding frequencies.

I want to play

Of course, these signs will also materialise at the worst possible moment when you’re busily engaged in something else!

Time for a change of game

Just like adults, babies can get bored. They can also find something not to their liking.

They’ll signal that and by implication, ask you to do something to change the game or pastime.

Time for a change of nappy

This is a trickier one to describe because the symptoms can vary a lot.

Some babies seem blissfully unaware of their ‘status’ whilst others can be prima-donnas and demand action fast. The position has also changed over recent decades with better designed and higher-tech nappy materials that are more comfortable for the baby and also better at disguising odours from parents.

Generally speaking, look out for:

These usually originate from the baby’s discomfort and them not understanding why they’re suddenly cold and wet.

A quick check will usually confirm the worst!